In this recurring theme, we will focus on our retailers. This is where you get to meet our Pure Goods in person and find out more about their story. That’s one of the reasons why we love our shops. They tell our story and provide the consumers with good service, good products and have a nice story to tell. This week we’ve visited one of the most iconic jeans stores, De Rode Winkel, in the Netherlands and had a chat with co-owner Daan Broekman.

De Rode Winkel is unique in many ways, it is the place to be if you’re looking for the perfect jeans since it’s the largest jeans specialized store in Europe! Furthermore, it is a true family business with a rich history. It all started in 1837 when Johannes Broekman en Annaatje van Essenberg opened a tailor shop and haberdashery. ‘That’s where we used to make working clothes, for example, doctor’s coats, overalls, any type of work clothing you can imagine’. They took orders from companies as well as individuals. In 1911 their sons Anthonius and Augustines followed in the footsteps of their parents and took over de company. They opened ‘Gebroeders Broekman Heerenmode’, which is currently known as Thom Broekman, across the street. At this store, people were able to buy their Sunday best. The Broekman family could dress you for the whole week, a working outfit for weekdays and a suit for the weekends.

It wasn’t until 1998 that De Rode Winkel definitively said goodbye to the tailor shop and haberdashery. De Rode Winkel was one of the first shops to sell Levi’s and Wrangler, originally as working clothing. However, since jeans started to become a fashion product, a new opportunity emerged for the Broekman family. ‘Jeans was going so well and over time more fashion stores and boutiques started settling in our street as well.

‘Eventually, young people started wearing jeans as a fashion item. They were inspired by style icons, such as Elvis and Marilyn Monroe.’

The market for jeans and fashion in general was growing and we grew along with it’. People in the Netherlands usually dress quite informal, which is one of the reasons why jeans are so popular here. ‘The Netherlands really started to become a jeans country, it fits the climate and is easy to wear for many occasions’.

From one store to twenty stores and now back to one.

With at this point, the sixth generation of the Broekman family being active in the company, De Rode Winkel has an iconic place in Dutch retail. Daan’s brother Wouter and sister Pauline have both been working at either one of the stores for a while now. Wouter is mainly managing Thom Broekman, while Pauline is responsible for the concept and branding of De Rode Winkel. At that time Daan wasn’t feeling like working at either one of the concepts. ‘I didn’t feel involved with the stores. At one point we had 20 stores throughout the Netherlands, so it just didn’t feel like a family anymore’.

After the decision was made to mainly focus on the Utrecht store and the other stores were closing down, Daan started feeling more involved again. He was studying at the time and decided to start working parttime at De Rode Winkel Utrecht. ‘I was wondering what it would be like and if I could add anything to the team’. Daan experienced that due to the team getting smaller, some parts of the operation weren’t getting the attention needed. ‘After one and a half year, it turned out that my qualities were of added value to the company. That’s when I realised that this is what I want to continue with’. 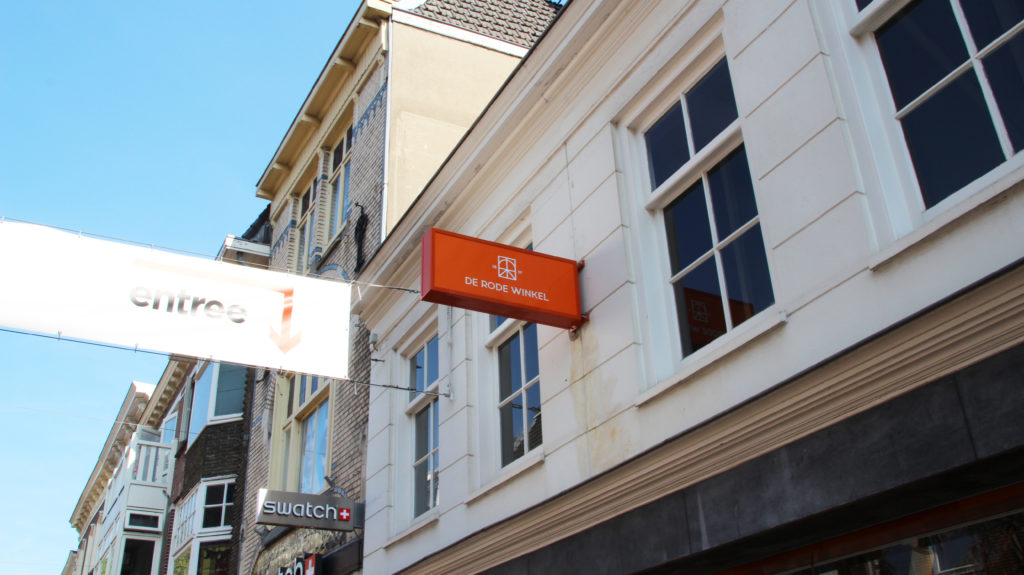 Whenever you are visiting De Rode Winkel, the vibe will always be good. Every employee is a jeans expert and knows exactly how to help you find your favourite new jeans. During the fitting, you will enjoy a delicious cup of coffee or even a beer. Anything to make you feel comfortable. Besides the expertise of the employees, it is nice to see such a tightly knit team. This is one of the things Daan is most proud of.

‘It really feels like we’re all family and friends. When we have an after-work drink on Saturday, I’m not surprised if we’re still drinking beers at 11 pm, I think that’s really unique and adds to the team spirit.’

The team spirit is something Daan puts a lot of time and effort in. He makes sure the team is well-trained, not only on a sales level but on an emotional level as well. A while ago the whole team got an emotional intelligence training, focussed on how everyone feels on an individual level. For Daan it is very important to know about his employees’ wellbeing, so he can help them out where possible. ‘At De Rode Winkel we try to help each other in any way we can, it would be very easy for us to say ‘you’re not feeling well, so we won’t extend your contract’, but that’s not how it works. Our employees know that, which makes them more loyal to us as well’. 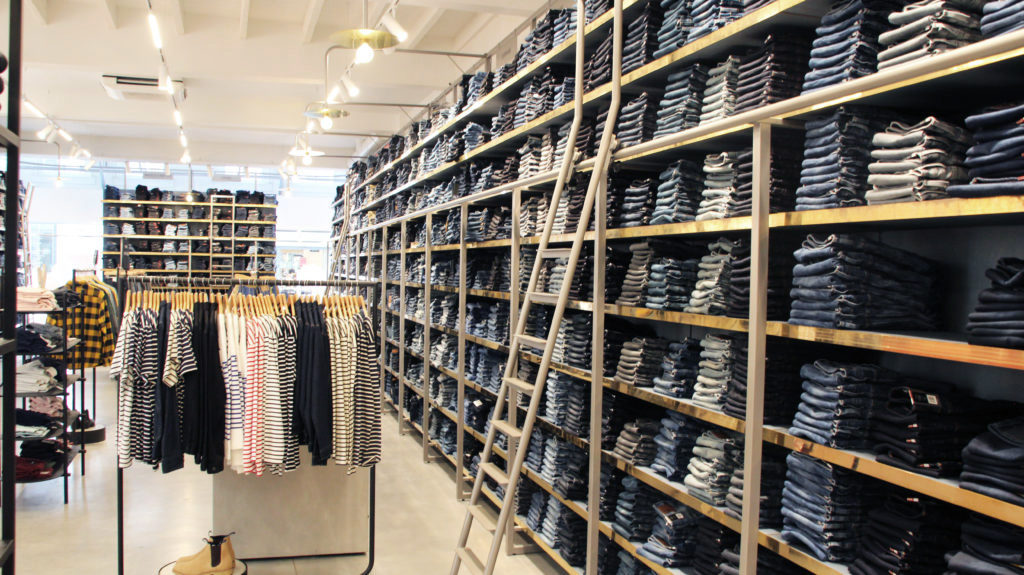 It’s hard to think of a reason not to visit De Rode Winkel. They have a team with great expertise and social skills, an unrivalled jeans and tops collection and are situated in a historic building which honours the great history of the store as well.

We’re proud to be part of De Rode Winkel for so long now and happy to announce a nice collaboration is coming up! Learn more about this collab on their site – Dutch Only – and see how you can contribute to this exciting project!

You can find De Rode Winkel or a store near you through our store locator. 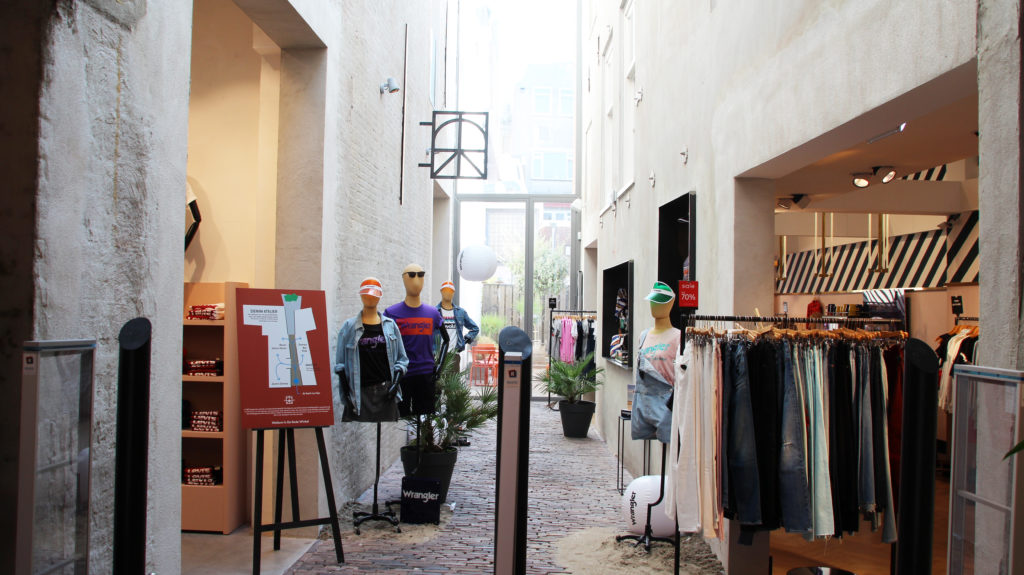 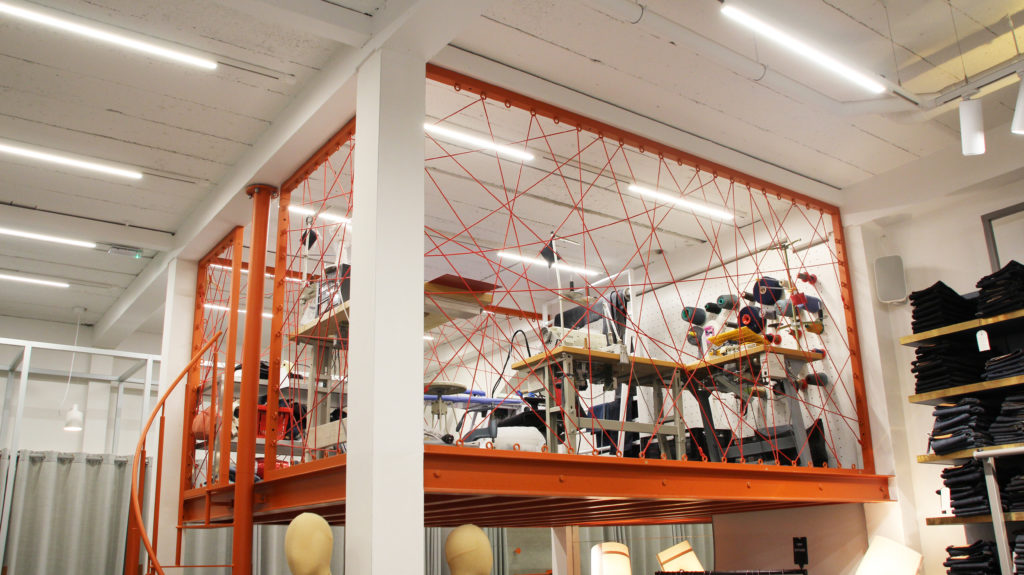 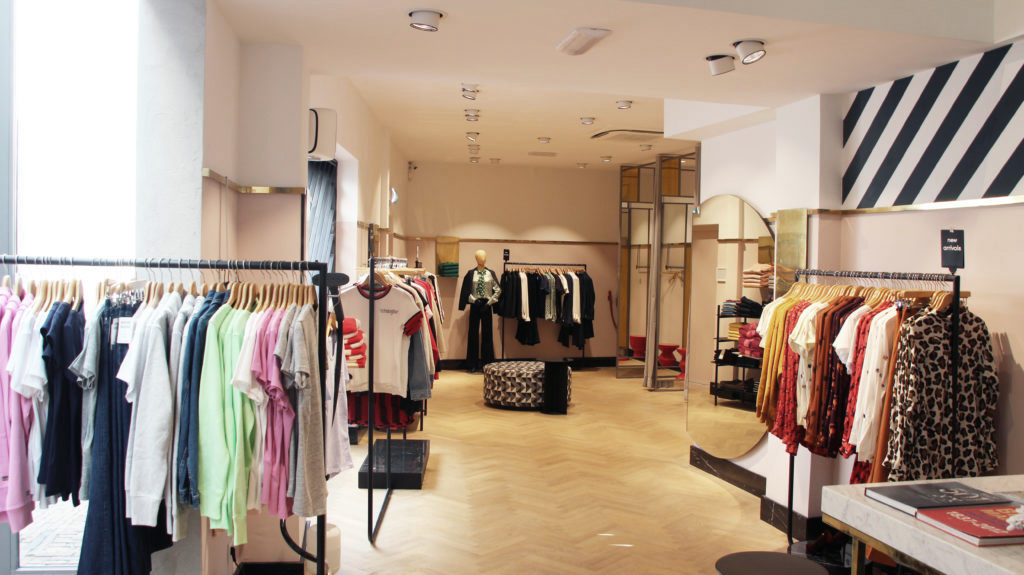 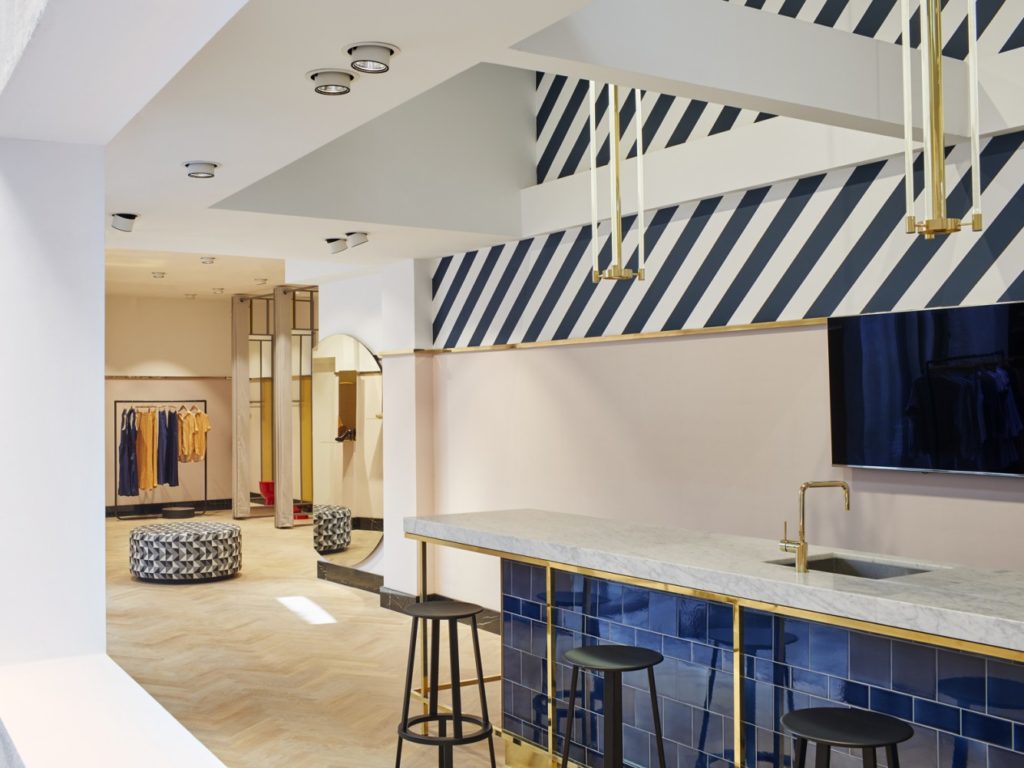